It was the only dreary day of the week for the Access Wild Places crew, but they weren’t about to let a little rain stop them from reaching Balanced Rocks. The group convened at the campus yurt, where they were introduced to special guest Mirna Valerio. Mirna is indeed an inspiration, and her infectious enthusiasm earned her the nickname “the Mirnavator.” A former teacher, Mirna is now an author, educator, and runner who advocates for inclusion in the running community for people of all races, sizes, genders, and backgrounds. 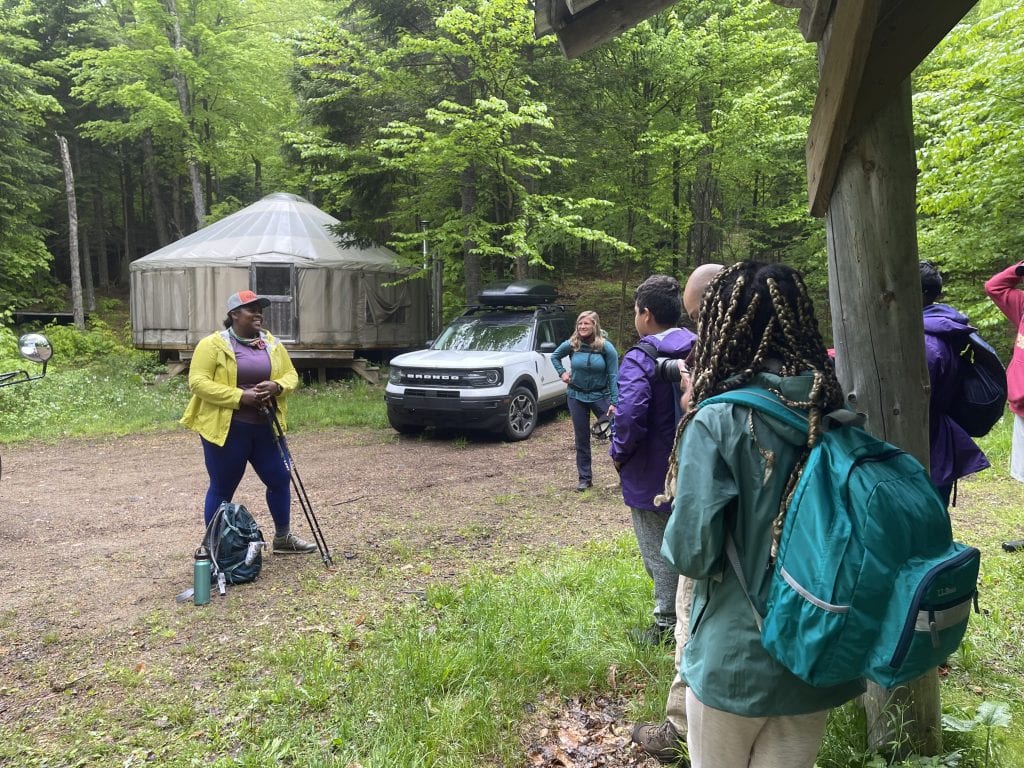 After introductions, everyone began the trek through the mountain’s lush green forest. Mirna stopped everyone at a mossy stream, where she introduced a concept called forest bathing. There is more to a hike than reaching one’s destination. Standing by the gently flowing water, Mirna talked about the smell of the damp soil and the subtle rustlings emanating from deep within the surrounding woods. She then invited the young hikers to close their eyes to better focus on their other senses. It was a calming, meditative experience of quiet observation, one that can be practiced in any environment. 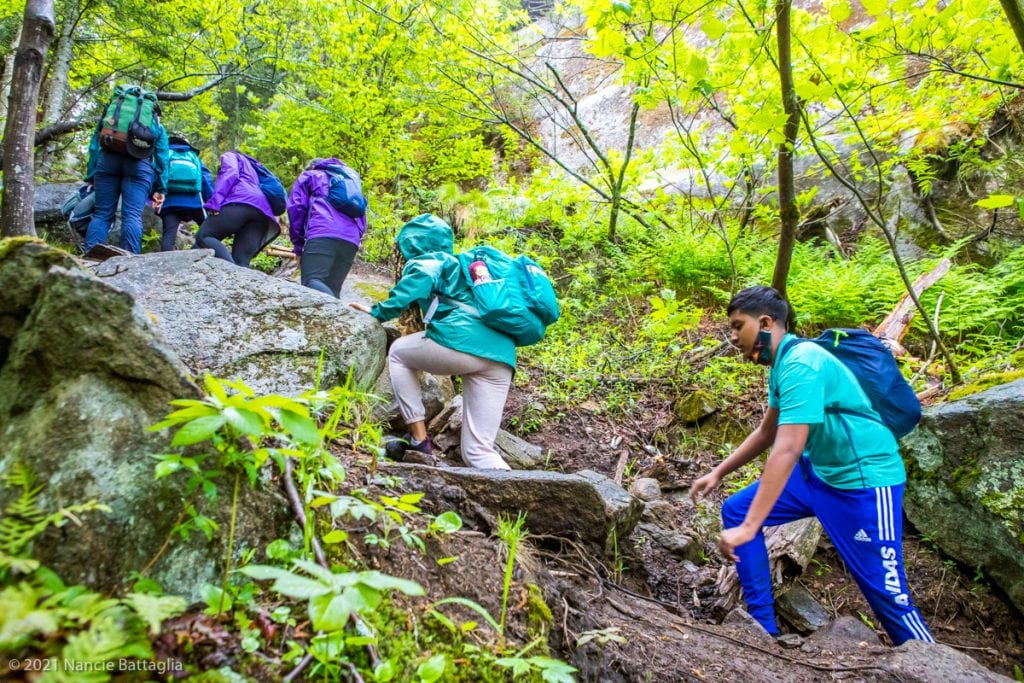 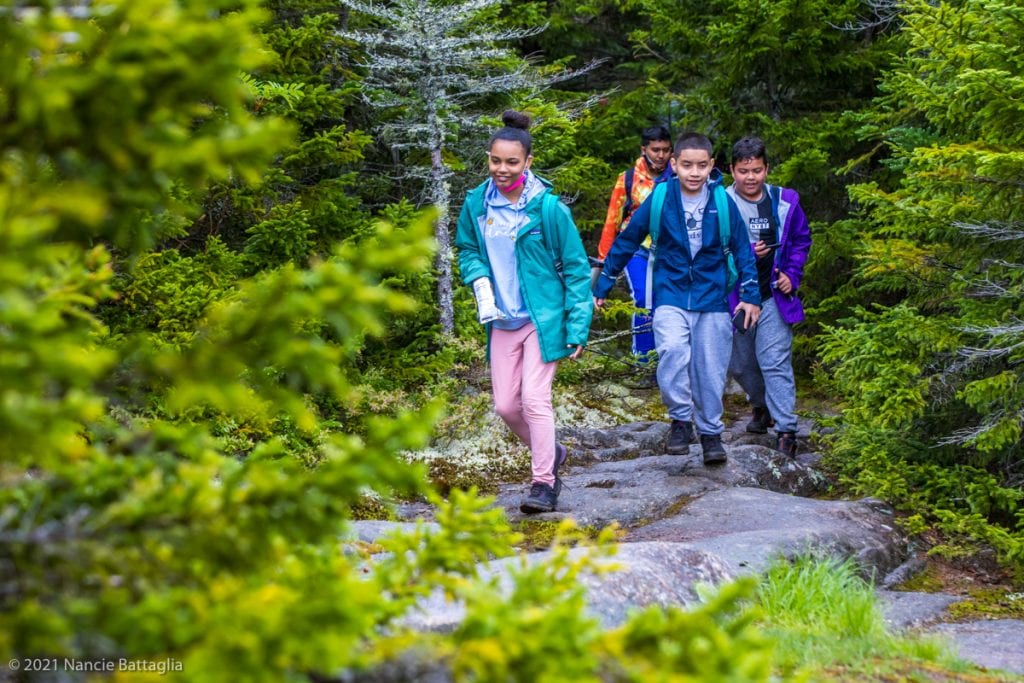 Mentally recharged the group forged on, tackling the steep slopes and rocky terrain one step at a time. Finally, they reached the broad, open ledge where the pair of “balanced rocks” reside. The view from this perch is expansive and includes dozens of mountains and Rock-E House, the AWP basecamp. The rocks themselves are enormous, and a common tradition is to leap across the gap between them. From the top of the first boulder, the leap can seem quite intimidating, even scary—but it’s nothing that can’t be overcome with a little help. Despite some nervous hesitation, the leap was made again and again—even Mirna joined in!—before everyone settled down for lunch. Approaching clouds were the cue to cut the party short, and the group headed back before the rain came in. 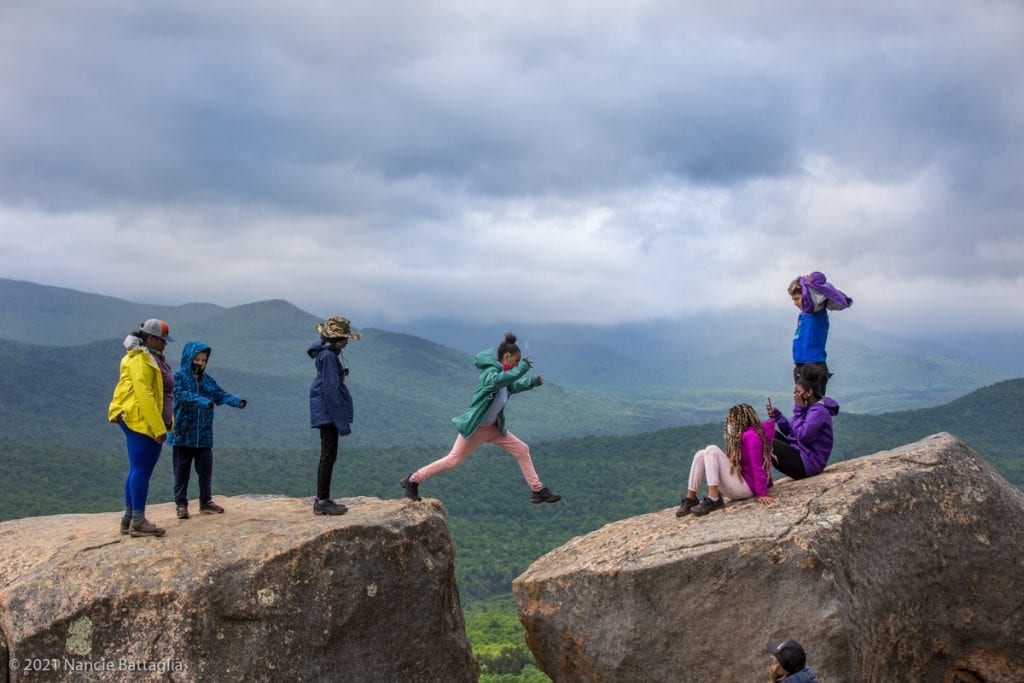 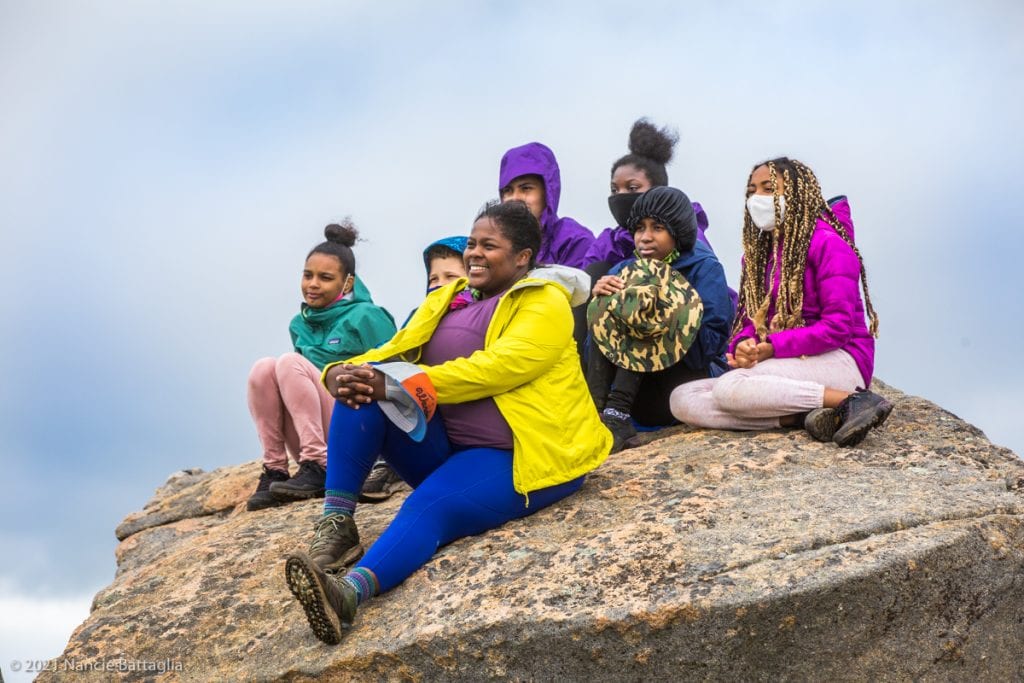 In the afternoon, the group met in the Walter Breeman Performing Arts Center for an improv workshop with our theater teacher, Courtney. The children were split into groups, and costumes and performances kept everyone entertained until it was time for a lasagna dinner back at Rock-E House. 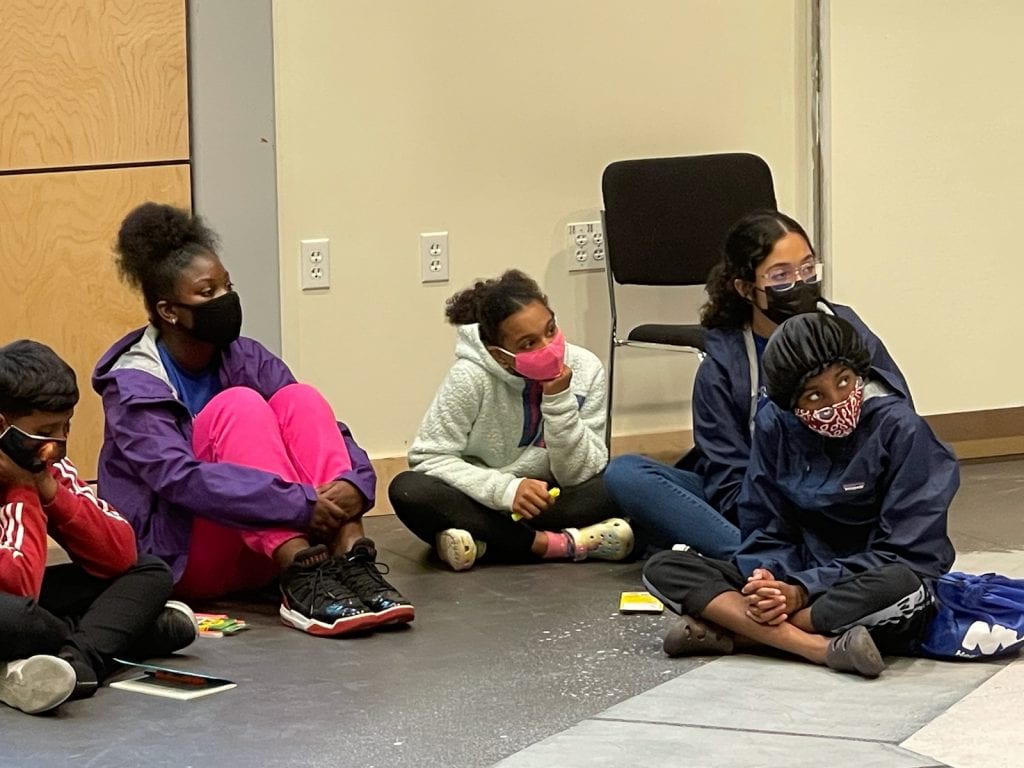 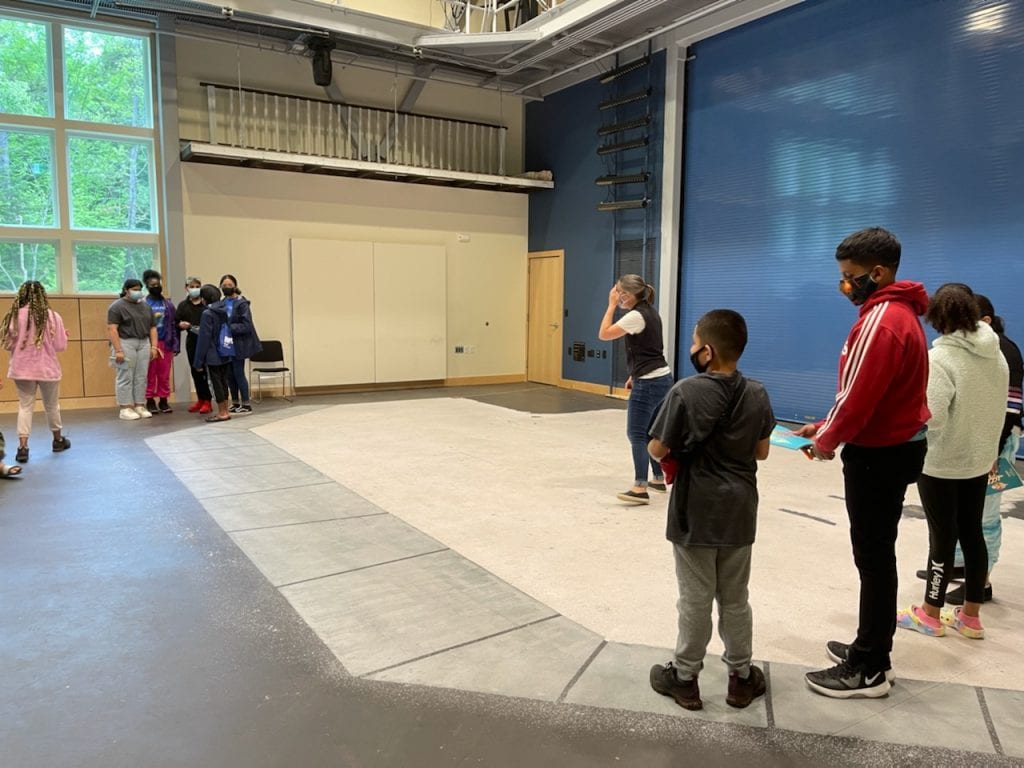 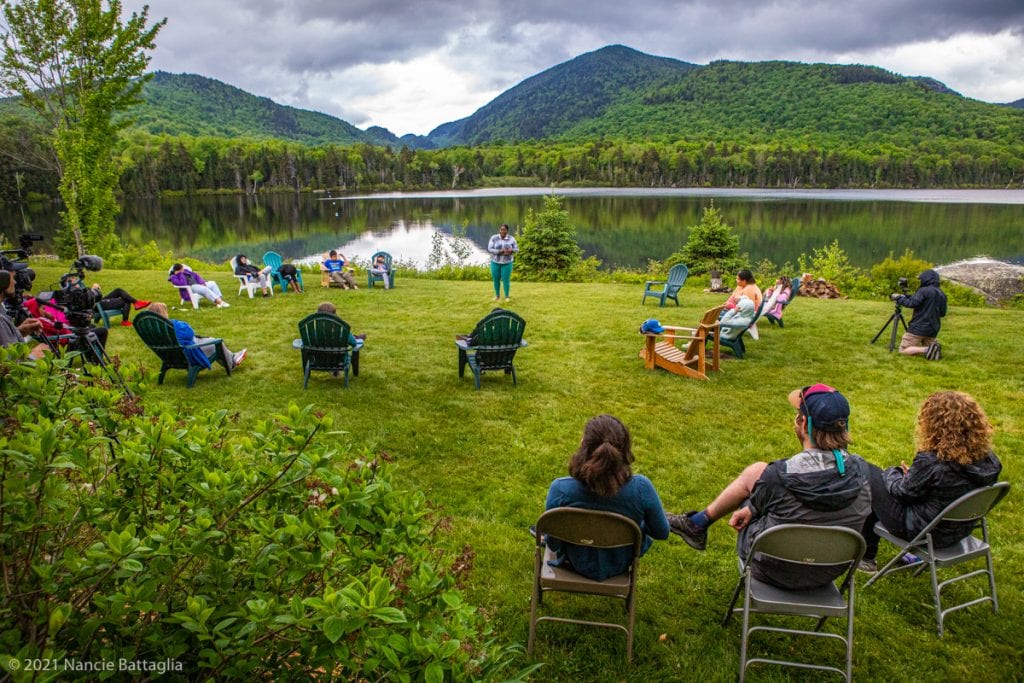 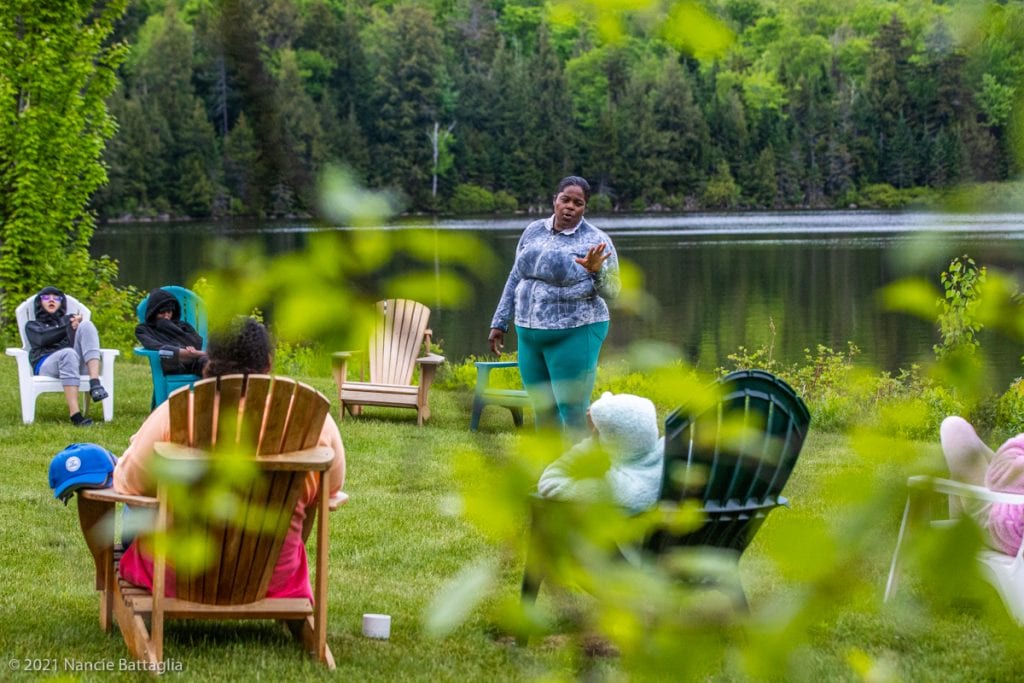 After dinner, the AWP crew headed outside to listen to a talk by Mirna. Visitors from local partner organizations like The Wild Center and the Adirondack Mountain Club joined us for the event. At the end of the evening, everyone headed to bed feeling relaxed and content. The day was filled with fun and challenges, and there’s nothing quite like dozing off to the steady chirps of spring peepers.