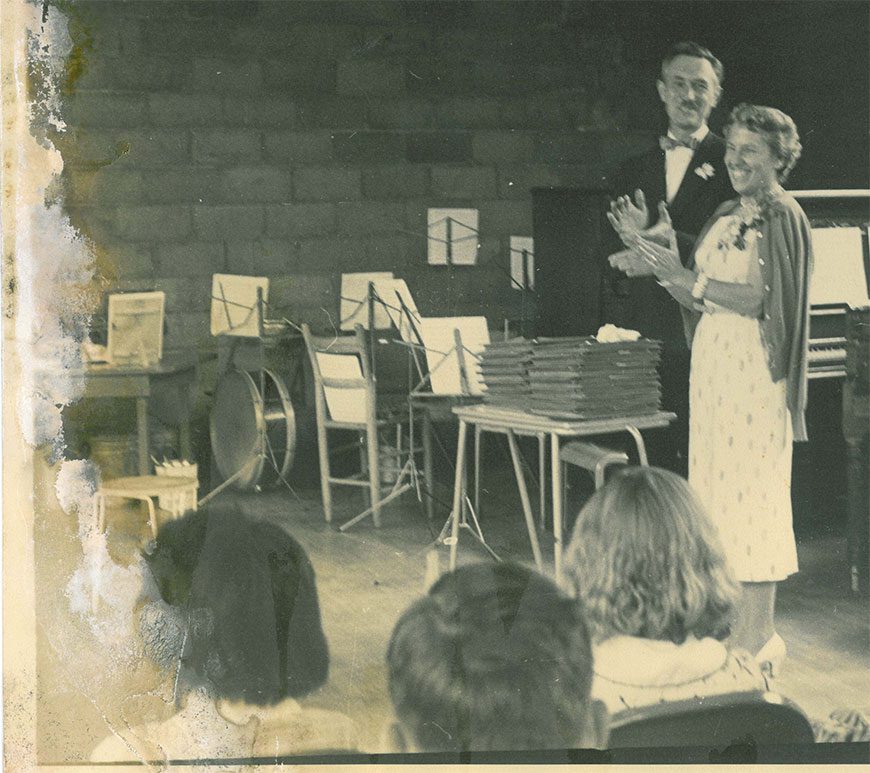 A BOARDING SCHOOL IN THE ADIRONDACKS

North Country School is located in the heart of the six-million acre Adirondack Park, of which two million acres are forest preserve. Our 220-acre campus includes extensive vegetable and flower gardens, a working farm, a maple sugaring operation, a six-trail ski hill, a thirty-six-route rock climbing crag, two riding rings, and over 3 miles of recreational trails. North Country School has long practiced a progressive, hands-on, and place-based education, taking full advantage of its campus, the High Peaks region, and the cultural and recreational opportunities offered in nearby Lake Placid.

“It is not so much where you live, what work you do, where you have travelled, your I.Q., or how much or little money you have. It is most of all how you feel about yourself, your family, other people, your work, our planet, the stars, sky and the universe that matter.”
– NCS Founder Walter Clark

North Country School was founded in 1938 by Walter and Leonora Clark. Leonora Clark’s sister and brother in law, Helen and Douglas Haskell, had assumed leadership of Camp Treetops in Lake Placid in 1926. Both couples’ educational philosophies were influenced by John Dewey and the Progressive Education Movement. They believed that close, nurturing relationships, and first-hand experiences were essential for children to develop confidence, knowledge, skills and values. The two families enjoyed a close educational collaboration in overseeing Camp Treetops and North Country School.

In the ’30s and ’40s, when most schools and camps were segregated by gender, race and religion, North Country School and Camp Treetops enrolled boys and girls from diverse backgrounds. Many of Walter and Leonora Clark’s beliefs about how children learn best continue to inform North Country School’s mission and values. Traditions they began in the ’30s’ and ’40s’ continue to be enjoyed by present-day students.

Subsequent North Country School leaders strengthened the school’s fiscal position, grew enrollment, and expanded the campus with sensitivity to its natural surroundings. These heads of school include Harry and Betty Clark Eldridge, M. Jeffrey Moredock, Roger S. Loud, and Frank Wallace. All were committed to strengthening programs and faculty in order to instill in children an appreciation for the natural world and NCS’ Three Rs: ruggedness, resourcefulness, and resilience.

Todd began his independent school career at Vermont Academy, where he was a math teacher, dorm parent, and coach for four years. Over the next eleven years, Todd served in multiple roles at Stratton Mountain School: as director of admissions and financial aid, dean of faculty, director of college guidance, and athletic director. For the next six years, Todd was the assistant head for enrollment management at Gould Academy, and, in the two years before becoming head of school at Mount Snow Academy, he was the director of institutional advancement at Sun Valley Community School. At all of these schools, Todd’s commitment to exceptional programming, as well as his accomplishments in admissions and fundraising, made him an indispensable team member and, ultimately, a talented leader who has overseen impressive growth while maintaining institutional core beliefs and values.

Todd’s focus has been on establishing, building, and refining educational and athletic programs to best meet the needs and aspirations of students. He is committed to an experiential learning approach, diversity and inclusion, the power of community in shaping the lives of children, and the essential benefits of outdoor education and recreation.